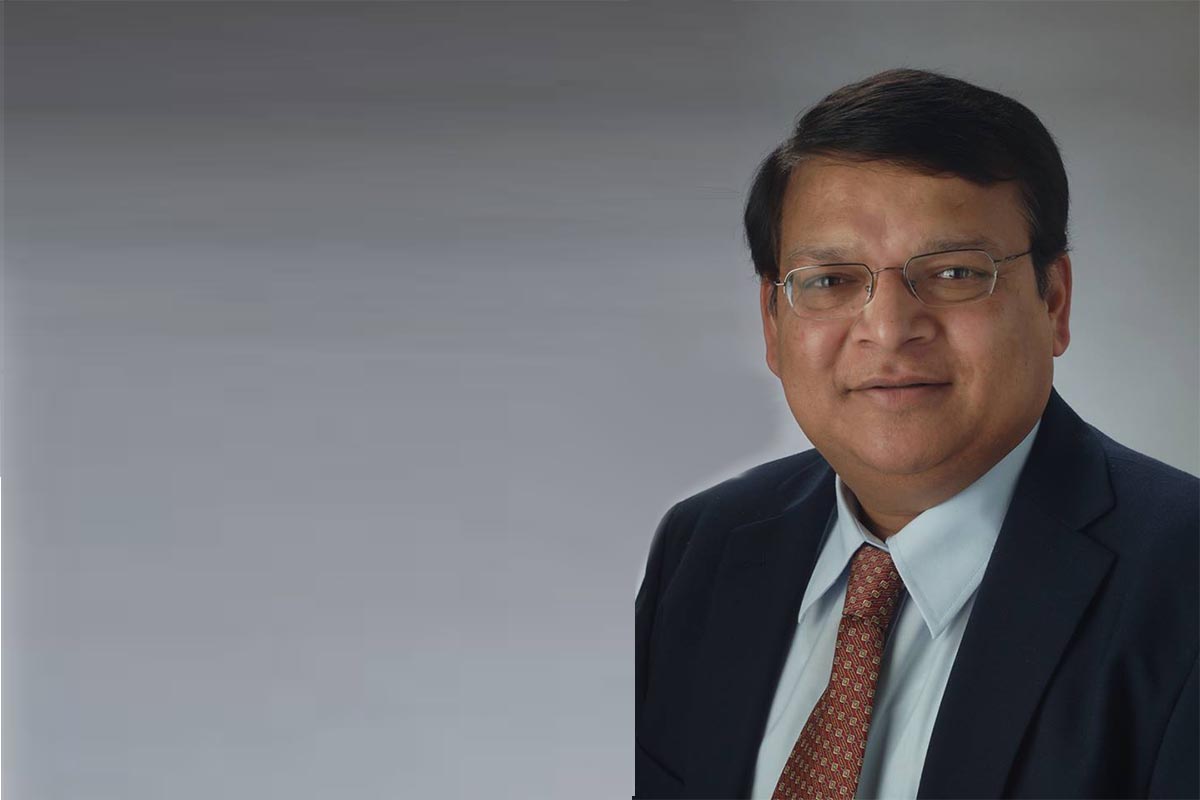 Out of all the growth options and exposure available nowadays, being a scientist continues to be the most elusive of career paths as it involves incessant hard work and seamless training and dedication. It takes more than just education to be a scientist, it takes enduring intent and tremendous courage to tread on this journey. Dr. Rakesh Srivastava (Ph.D., FRSM, FRSPH) is one such inspiring name that strongly resonates with his peers and students. Mr. Srivastava Rakesh completed his M.Sc. from Memorial University of Newfoundland, St. John’s, Newfoundland, Canada. He completed his Ph.D. from University of Guelph, Ontario, Canada. Subsequently he was awarded a Postdoctoral Fellowship at the National Cancer Institute, National Institutes of Health, Bethesda, MD. He went on to pursue Fellowship at the National Research Council, National Academy of Sciences. Dr. Rakesh Srivastava has been educated from the world’s topmost universities and has acquired his skill from the best sources. It is not just his education portfolio that is exemplary, even the graph of his services that showcase his contributions to the field of academics and science is simply amazing. Dr. Rakesh Srivastava started his career as an Assistant Professor at the University of Maryland, Baltimore, MD. He then worked as an Associate Professor at the University of Texas Health Science Centre at Tyler, TX. He was then quickly promoted to the rank of a full Professor. He subsequently moved to the University of Kansas Medical Centre, Kansas City, KS as the Tyler Endowed Professor.  At the same time, he was declared as an Eminent Scholar by the Kansas Bioscience Authority. After that, he worked as a Senior Scientist at the Kansas City VA Medical Centre, Kansas City, MO, and a professor at the University of Missouri-Kansas City.  He has been working as a Professor at the Stanley S. Scott Cancer Centre, and Department of Genetics, Louisiana State University Health Sciences Centre, New Orleans, LA. Dr. Rakesh Srivastava Professor and Scientific Research Conduct Director, which has has highest value that holds as the professor and scientist.  Dr. Rakesh Srivastava Ph.D Professor and Scientific Director-  Cancer Research Director

During his services he has taught subjects such as Human Biology, Pharmacology, Principles of Drug Actions, Molecular Cell Biology, Histology, Biochemistry, Physiology, Zoology, Botany, Horticulture, Physiology, Cancer Biology, Toxicology, Endocrinology, Genetics, Cancer Therapeutics and Anatomy. He has done excessive research on these subjects too and has successfully edited 5 books that are instrumental and of great importance to their respective fields. Apart from that Dr. Rakesh Srivastava has published 150 publications in peer-reviewed journals.

The five illustrious books that have been edited by him are namely “Apoptosis, Cell Signaling and Human Diseases both volumes 1 and 2”, “Stem Cells and Human Diseases”, “Nutrition, Diet and Cancer” and “Lost in Translation”. His areas of research and expertise include Drug discovery and development, cancer therapy, prevention, diabetes, nutrition, stem cell, autophagy, non-coding RNA, nanotechnology, angiogenesis, metastasis, pharmacology, toxicology and biochemistry. Dr. Srivastava PHD is currently on the editorial board of 15 journals and deputy editor of 5 journals. His career graph is rife with numerous awards and accolades and he rightly deserves them too, owing to his illustrious record of achievements. Dr. Srivastava has received several Fellowships, Scholarships and National Merit Awards during his undergraduate, graduate and postgraduate education. He was awarded a Fogarty International Fellowship by the National Institutes of Health. He was later awarded with a National Research Council Fellowship by the National Academy of Sciences, USA. He won the Career Development Award by the Department of Defense, US Army, Congressionally Directed Medical Research Program. He was regarded as Eminent Scholar by the Kansas Bioscience Authority and the Louisiana Cancer Research Consortium. He has also served in various national and international committees and as an advisor to several government agencies. Dr. Srivastava holds memberships in esteemed institutions like American Association for Cancer Research, American Association for the Advancement of Science, American Association for Cell Biology, Society for Basic Urological Research, British Royal Society of Medicine, and British Royal Society for Public Health. He prides himself for being invited to over 200 conferences and seminars worldwide. He has chaired meetings and delivered keynotes lectures and presentations at many national and international conferences.

His prodigy is unprecedented, and his achievements are inspirational. There is so much that can be learned from an illustrious personality like Dr. Rakesh Srivastava. Another beautiful thing about his personality is that it is not just his work and research that he is passionate about. He has a keen sense of curiosity towards other finer things in life too. Dr. Srivastava loves to travel and explore the bounties of this world. He loved to experience various cultures and cuisines that help in a broader and better understanding of the people all around. He is also a passionate photographer and loves to capture the beauty around him in his camera lens. As we can rightly deduce from his achievements, Dr. Srivastava is an avid reader, but it is not only the medical journals that he loves reading but also a wide variety of literature and texts. Apart from all this he also loves fishing and is a big fan of patience and endurance that is associated with this hobby. Dr. Srivastava Ph.d loves to live life to the fullest and that is what adds a silver lining to his already brimming personality. Dr. Rakesh Srivastava Professor and Scientific Research Conduct Director, which has has highest value that holds as the professor and scientist.  Dr. Rakesh Srivastava Ph.D Professor and Scientific Director-  Cancer Research Director

Dr. Srivastava Rakesh  realizes the importance of constant interactions and orientations when it comes to the nature of work and owing to that he can be reached on social media platforms such as twitter, Instagram, Skype, Facebook

A few examinations have affirmed the association of malignant growth...

SATB2 is a novel “transcription factor” – a protein “switch”...

WANT TO KNOW MORE ABOUT ME? GET IN TOUCH EASILY